Publications are linked in CV below. Skip down to

Ethics for the Professions

Religion 100, Religions of the World

MA Thesis: Some Questions about the Interconnectedness and Interrelatedness of Entities

Later published as “The Impossibility of Relations Between Non-collocated Spatial Objects and Non-identical Topological Spaces.”

“Mereological Nihilism: Quantum Atomism and the Impossibility of Material Constitution,” Axiomathes: An International Journal in Ontology and Cognitive Systems, Vol. 16, No. 3, 2006, pp. 245-386.

“God’s Spatial Unlocatedness Prevents Him From Being the Creator of the Universe. A New Argument for the Nonexistence of God,” Sophia: International Journal for Philosophy of Religion, Metaphysical Theology and Ethics, Vol. 45, No. 1, 2006, pp. 5-23.  [Note: this article was written while I was still an atheist.]

“The R-Theory of Time, or Replacement Presentism: The Buddhist Philosohy of Time,” The Indian International Journal of Buddhist Studies(IIJBS),  6, 2005, pp. 51-122.

“The Impossibility of Temporal Relations Between Non-identical Times: New Arguments for Presentism,”Disputatio: International Journal of Philosophy, Vol. 1, No. 18, May 2005, pp. 91-125.

“The Impossibility of Relations Between Non-collocated Spatial Objects and Non-identical Topological Spaces,“Axiomathes: An International Journal in Ontology and Cognitive Systems,Vol. 15, No. 1, March 2005, pp. 85-141(57).

“Compresence is a Bundle: A Problem for the Bundle Theory of Objects,” Metaphysica: The International Journal for Ontology and Metaphysics, Vol. 5, No. 2, 2004, pp. 63-72.

“The Impossibility of an Exemplification Tie Between Particulars and Universals” Metaphysica: The International Journal for Ontology and Metaphysics, Vol. 4, No. 1, 2003, pp. 27-38.

“Some Questions about the Exemplification Tie Between Universals and Particulars,” Proceedings of the Heraclitean Society, Vol. 21, 2002-2003.

“We Walk By Faith Not By Sight. God is Not Found in Science. Atheism is Contradiction Part 1,” 2019.

“The Primacy of Faith-Feeling Over Science, Reason, and Logic: The Surprising Evidence Lurking in Jacobian Theology,” January 2020.

“The Impossibility of God,” Midsouth Philosophy Conference, University of Memphis, Memphis, Tennessee, February 24-25, 2006. [Note: this article was presented while I was still an atheist.]

Heraclitean Society Essay Prize, 2003, for “Some Questions about the Exemplification Tie Between Universals and Particulars.” Amount awarded: $200. Published in  Proceedings of the Heraclitean Society, Vol. 21, 2002-2003.

Referee for Dialectica,and for Sophia: International Journal for Philosophy of Religion, Metaphysical Theology and Ethics

Guest Editor for “Theories of Simples.”. Special Issue for Philo: Journal of Philosophy, 2006

Member of the Editorial Board of Philo: Journal of Philosophy, June 2003 to June 2004 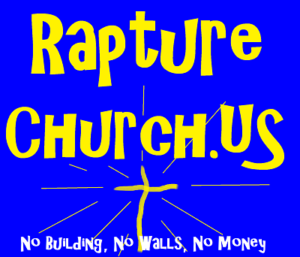