Because it’s Where Sin is, Sinful Places are Fallen, and Fallen Places are Misery (Similar to the World)

PDF available: Clearest Explanation for Why Hell is Fire and Torment: Because Hell Has Sin, Sinful Places Are Fallen, and Fallen Places Are Misery

Video covering this article (the article and PDF are slightly updated over the video):

Hell is so horrific because it’s a fallen place, and that’s what fallen places are like: miserable and painful.

This article will discuss how by pure logic the conclusion is reached that reality can only contain a place like the Biblical Hell for the souls of those who have rejected God and not been chosen by God, and that this place can only be as it is described in the Bible: a place of maximum torment and misery. I will spell-out the deductive logical argument for this below.

So many Christians and non-Christians are astonished as to why God created Hell, but the Bible does not state that God created Hell, and it appears that human free-will created it, and by the fact that some humans were not chosen by God for salvation (since their souls were the type or quality that God could put His Spirit into, see Grupp 2018). I say this because there are no verses in the Bible that state that the Trinity created Hell, how Hell was created, and so forth. Rather, we only find this verse:Matthew 25:41 New King James Version (NKJV)

41 “Then He will also say to those on the left hand, ‘Depart from Me, you cursed, into the everlasting fire prepared for the devil and his angels…

Notice that this verse does not even directly state that God created Hell—or even that He “prepared” it. Some may still want to assert that this verse implies that God was the “preparer” of Hell (which, strictly speaking, would be a stretch, and over-and-above the text). But even if that were allowed, that God “prepared” Hell, over-and-above what is says in Matthew 25:41, it still would not indicate that He was the creator of Hell, and would even imply He’s not. This is because the word “prepared” is not identical to the word “created”. It appears the meaning of the word “created” means something more like an origination, and bringing about an entity that did not previously exist, whereas “prepared” means modifying some existing entity or set of circumstances. The word “prepared” appears quite consistently across translations, as follows:

41 “Then He will say to those on His left, ‘Leave Me, you cursed ones, into the eternal fire which has been prepared for the devil and his angels (demons);

41 “Then he will say to those on his left, ‘Depart from me, you cursed, into the eternal fire prepared for the devil and his angels.

41 Then shall he say also to those on the left, Go from me, cursed, into eternal fire, prepared for the devil and his angels:

41 Then shall he say to them on the left hand, Depart from me ye cursed, into everlasting fire, which is prepared for the devil and his angels.

41 “Then he will say to those on his left, ‘Get away from me, you who are accursed, into the eternal fire that has been prepared for the Devil and his angels!

41 Then shall he say also unto them on the left hand, Depart from me, ye cursed, into everlasting fire, prepared for the devil and his angels:

41 “Then He will also say to those on His left, ‘Depart from Me, accursed ones, into the eternal fire which has been prepared for the devil and his angels;

41 “Then the King will turn to those on the left and say, ‘Away with you, you cursed ones, into the eternal fire prepared for the devil and his demons.[a]

41 Then he will say to those at his left hand, ‘You that are accursed, depart from me into the eternal fire prepared for the devil and his angels;

41 Then he will say to those at his left hand, ‘Depart from me, you cursed, into the eternal fire prepared for the devil and his angels;

In my perusing of translations, the following three did not contain the word “prepared”, but also do not contain “create”, and they are consistent with the “prepared” theme:

41 At that He will turn to those on His left hand. King: Get away from Me, you despised people whom My Father has cursed. Claim your inheritance—the pits of flaming hell where the devil and his minions suffer.

41 “Then the King will say to those on His left side, ‘Go away from Me! You are guilty! Go into the fire that lasts forever. It has been made ready for the devil and his angels.

Since we know that the apple event in Genesis 3 caused nature and Creation to be altered and distorted, introducing pain, suffering, and torment into reality, we can very safely infer that any place that has sin also will have the same qualities: a realm containing sinners will consequently be a realm containing pain, suffering, torment, and other results of the contamination that sin brings into surrounding existence. The Bible does not directly tell us how Hell was created, or by whom, but we can at least infer how it came-into-being directly from Scripture:

The argument below reveals that the existence of Hell is a spontaneous outcome of human free-willed sin distorting God’s Creation.

In the same way that sin caused, for example, thorns to appear on bushes, and animals (eventually) to turn non-vegetarian for sustenance, it also led to the origination of a place called Hell, to house the unrighteous who have chosen to reject God, due to the hardness of their hearts, and due to the non-spiritual form and mathematics of their souls (see Grupp 2018). It’s as if, in this case, the spiritual laws of reality operated like laws of nature, where when some state of affairs, A, was in place, this spontaneously and automatically led to another state of affairs, B—such as when, for example, the temperature falling below freezing-level will, spontaneously, automatically lead water to change its structure and become a solid: one set of circumstances (temperature falling) spontaneously, automatically led to conditions where an entity changed from being what it was to being something entirely different than what it was (liquid changed to solid). So, just as

Water temperature lowering, by the laws of nature/reality, automatically, lawfully, and spontaneously leads to and causes water changing to ice.

The scars of sin, altering and contaminating Creation, by the laws of reality, automatically, lawfully, and spontaneously led to (caused) Creation having an altered structure and form.

And that shows us why Hell exists: Hell exists because people chose it to exist; it is one of the alterations of Creation due to the introduction of sin in the Garden. A more theologically rigorous way to say that, is to say that Hell exists because there were souls that were unchosen/non-elected, and thus there would be sinfulness in reality via the unchosen, wherein by the nothingness and supernaturality of the free-willed sin of the condemned, it followed that a domain must exist to house those unchosen/non-elect souls after the death of their bodies (See Grupp 2018.)

The existence of Hell is a natural product of the sin-distortion process. With sin entering the world via the Fall, Creation was changed, from pure to fallen, from unscarred to scarred, and thus Creation’s properties and entities were distorted accordingly.

Due to the fall, and due to the fact that there will be humans who reject God in the fallen reality, the argument below shows that there has to be a place to “house” souls that reject God with finality, who reject God to the point of no turning back, choosing to be maximally separated from Him forever (that is, they reject Christ up to the point of their physical body death). Since sin in the physical world distorted Creation, likewise Hell can only be a sin-distorted, sin-scarred, place since the hopelessly fallen sinners will live there. Just like the way the world is fallen (painful, hateful, violent, sin-scarred, etc.) due to its being contaminated with the scars of sin, so too must Hell be, since it is the place that the unchosen rejecters of God must end-up, but in the case of Hell, it is fallen to a maximum degree (Hell would have more fallenness, more separateness, from Trinity than our physical world does). Just like the world has separation from God and thus is a place of misery and pain, so too with Hell, but to a significantly greater degree. That’s why Hell can only be how it is described in the Bible: it’s a spontaneous product of the disease of sin distorting Creation, involving the maximum separation from God, and thus the maximum fallen-misery.

With those points in mind, the following logical argument shows the ironclad logic that verifies the existence of Hell, not as being caused by God, but rather by human sin—it simply follows automatically from the apple event (sin scarring the world).

[1] I am not saying every moment of life on Earth is pain and torment, but only that a lot of it is, unlike how our lives in the Glory of God will be on the New Earth in the future. But verses like John 12:25 and Luke 14:26, as well as the life of Jesus, show us that we should not be expecting life on Earth to be free of a lot of pain.

Grupp, Jeffrey, 2018, “God’s Pre-Election Knowledge of the Soul: A New Interpretation of Biblical Election and Predestination Showing Why God Only Chose Some Rather Than All,” in Theologic: Revelation, Calvinism, Surrender, Nothingness, Kalamazoo: Praise and Love Church, (print copy available at Lulu.com, free online copy at Praiseandlove.net), pages 5-33.

PDF available: Clearest Explanation for Why Hell is Fire and Torment: Because Hell Has Sin, Sinful Places Are Fallen, and Fallen Places Are Misery

Here is a video covering this article, see YouTube link immediately below (the article and PDF are slightly updated over the video).

Here is a second video about issues related to what is in this article, see YouTube link immediately below. Title of this one is: God did not Create Hell, Human Sin Did, and it Can Only Be a Place of Torment.

In accord with 1 Corinthians 9:17-19, where we are told in the Word that we are not to charge payment for ministry lest we succumb to seeking power and consequent sin, all materials (articles, videos) on this site are therefore available for free (no charge), but if you would like to have a physical copy of this article, you can purchase it thru this link: 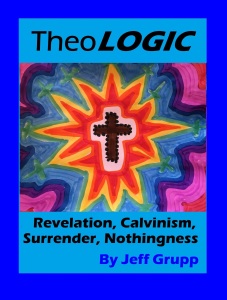 17 For if I do this willingly, I have a reward; but if against my will, I have been entrusted with a stewardship. 18 What is my reward then? That when I preach the gospel, I may present the gospel of Christ without charge, that I may not abuse my authority in the gospel.